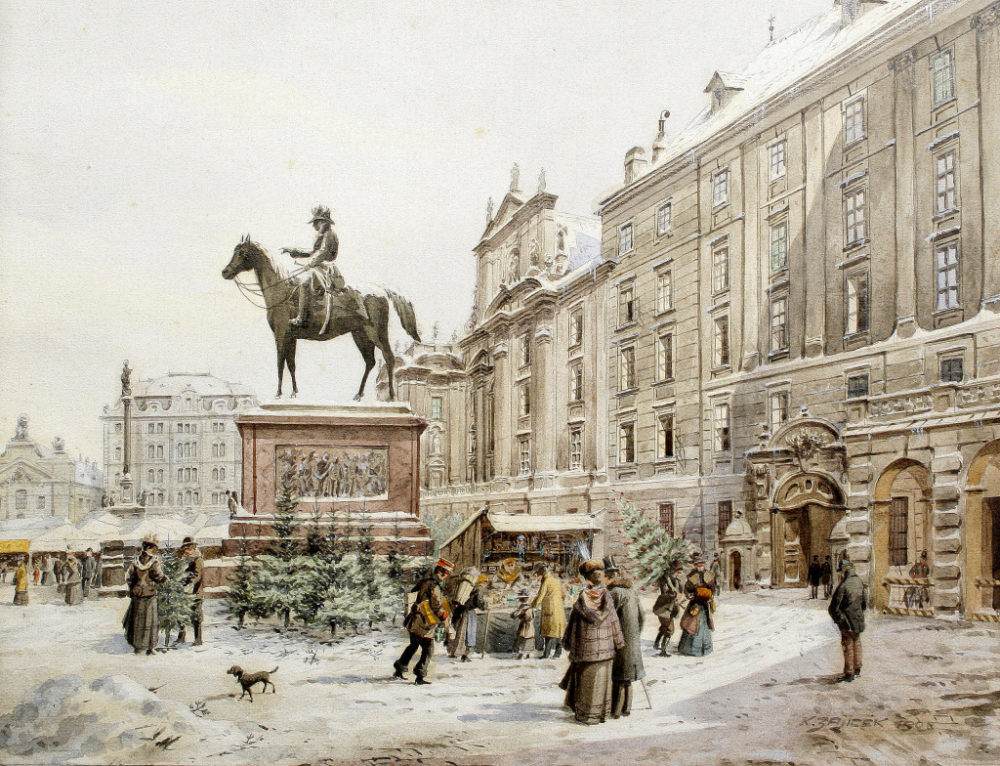 How much is today’s Christmas different from the way our Czech ancestors celebrated it? Let’s go 250 years back to the past to see what Christmas traditions were usual for our great-great (and even more great) grandparents.

By the 17th century, Christmas was usually celebrated in churches. It wasn’t until then people started to celebrate it in their homes. Religious Christmas plays were an inseparable part of the religious celebrations. Many of the actors started adding secular scenes to the plays at one point, so they ended up being driven out of churches and went to perform their plays to people’s homes. This is probably the origin of caroling.

A similar thing happened to Nativity scenes. At first, people could see them only in churches. When Joseph II forbid to put them in sanctuaries, the tradition moved to people’s homes. A tradition of decorating Christmas trees emerged much later. Christmas trees as decorations didn’t show up in noble and bourgeois families before the second decade of the 19th century. Christmas trees were hanged upside down at first, special stands came later. 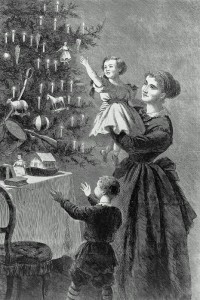 Different myths, traditions and traditional meals were a vital part of our ancestors’ Christmas. Christmas Eve represented the end of Advent, a fasting period for our ancestors. In the morning, housewives baked braided sweet breads and prepared so-called kuba for lunch (hulled grain and mushrooms). For Christmas dinner, there was a soup (roux-based, peas or fish) and a fish main course. The most common recipe was carp with spices and special plum sauce. Fried carp with potato salad is mentioned in the end of the 19th century. For a dessert, there were doughnuts, pancakes or prepared fruit.

Dried fruit and nutshells were used to make small presents. The same “ingredients” were also a part of Christmas Eve traditions –floating of little boats made of nutshells on water or cutting an apple. Our ancestors believed in many myths, too. An odd number of seated guests at Christmas dinner was supposed to bring bad luck as well as washing and drying clothes on Christmas Eve.

The Christmas Eve traditions’ purpose was among others to entertain our ancestors after the dinner and before the Midnight Mass. The time could have also been spent playing dice or cards, sometimes even visiting neighbors.

On the next day, Christmas Day, it was forbidden to work. The only activity allowed was taking care of livestock and preparing lunch. The lunch, just as lunch on Saint Stephen’s Day, was mainly meat – goose, hare or pork. On Saint Stephen’s Day, our ancestors went to church where oats were consecrated and thrown on the pastor as a symbol for the stoning of Saint Stephen – patron saint of horses.