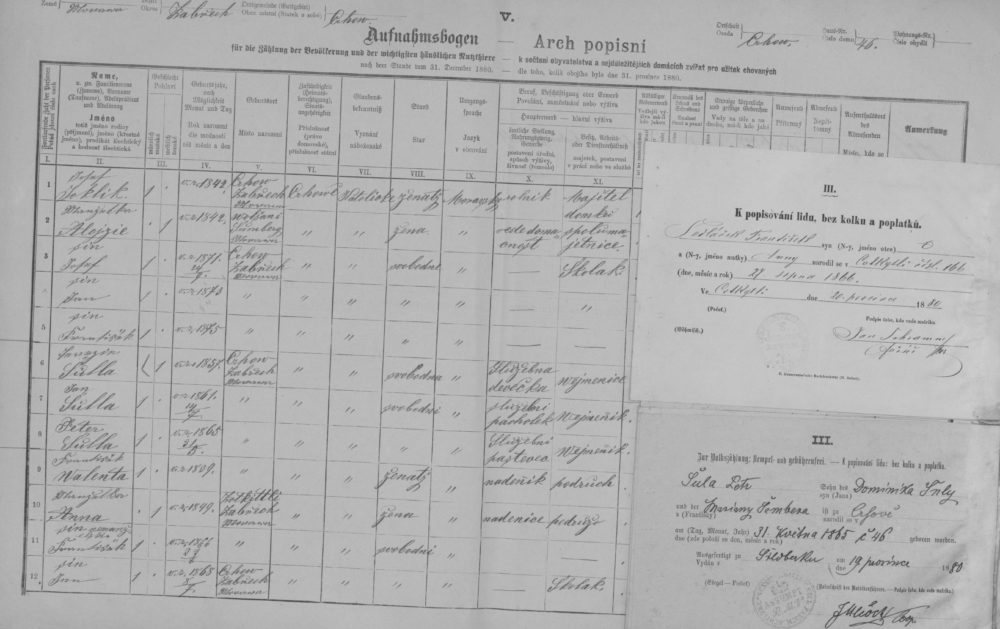 Census reports can be a valuable source of information for a genealogist. If you know where to look, they can easily give you a much more detailed look into your ancestors’ lives including details about their occupation, everyday speech, literacy, their farm’s equipment and names and dates of birth of their children. Since census reports between years 1857 and 1921 are those most available, they can give you information you’d otherwise have to go look for to an Office of Vital Records. 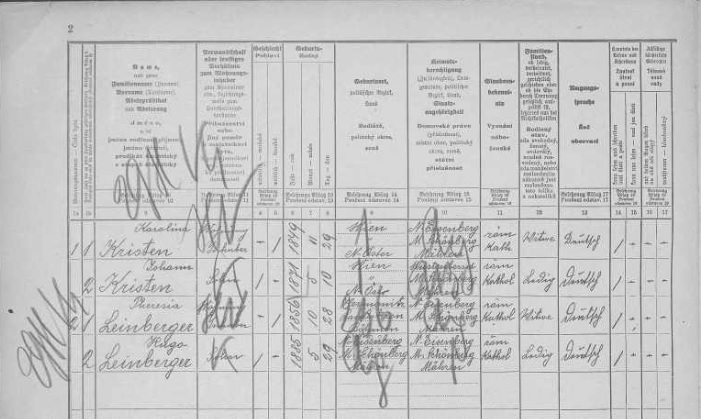 Where to look for the reports?

Census reports are usually taken care of by District Archives. A part of them is already online, further digitalization and publishing is still to come. It is not so easy to find out where to look for particular census reports for particular places on the Internet, which is why we have prepared a short overview for you.

The FamilySearch website contains mostly census reports taken care of by archives of Central and North Moravia, but also smaller reports from other districts of the Czech Republic.

District Archives in East Bohemia sometimes have their census records published on their websites, but not all of them, unfortunately:

Digitalized census records from years 1900, 1910 and 1921 are published on the website of the Ostrava City Archive.

Brno City Archives have published census records from between years 1857 and 1900. Besides, the records are indexed which means you can search in them easily.

We believe that more digitalized census records will follow.

Do you want to know your Czech ancestors?